The journey began in 2012 when Andrew started working in the tourism and hospitality industry as a hotel amenity supplier.  As he worked closely with hotels an interest for the industry at large sparked in him. He decided to work on bringing more knowledge about tourism to everyday people and wanted to create a platform where they could learn more about travelling and what Zambia (and later on Zimbabwe) have to offer.

Andrew began with making documentaries on lodges and different destinations which aired on a local Zambian TV network. He faced a challenge with this because once the episode aired locally that was it. If you missed it, you missed it! The documentaries were not reaching a wide enough audience and so Andrew went back to the drawing board. He used to read quite a lot of Travel Magazines in the hotels he worked with so he decided to pursue that as a better option to reach a broader audience. The team began working on this idea early 2014 but the first issue only came out on 1st September 2015. The magazine has 3 issues per year- one in January, one in May and one in September.

Given the times we are in it was inevitable that the topic of Corona Virus and the effects it has had on travel came up.  Andrew explained that because of less human traffic in the lodges and hotels there has been less buy-in with the magazine. The virus has negatively affected advertising income for many companies and distribution has also been limited. Bearing in mind some lodges have not opened at all since the hit of the pandemic the hard copy Magazine sales have also declined. However, on a positive note, there has been an increase in individual digital subscriptions which means more people all around the world have access to information about Zambia and Zimbabwe. The slower pace of business has also given Andrew more time to realign the business and bring in new team members to improve the overall product of the magazine. The team is working on building a recognizable brand through social media and digital marketing.

The Travel and Leisure Brand exposes Zambia and Zimbabwe’s tourism products with authentic and up to date content on the different cities, national parks and conservation efforts. The magazine also features amazing stories and interviews on different people within the industry and of course has beautiful spreads and advertorials on properties and services offered relating to travel and leisure! To subscribe to the magazine please visit their website by clicking here. 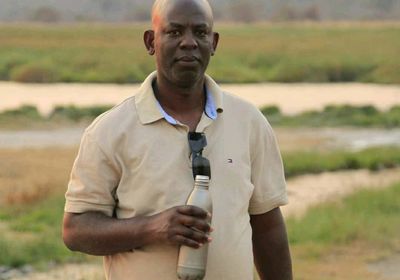