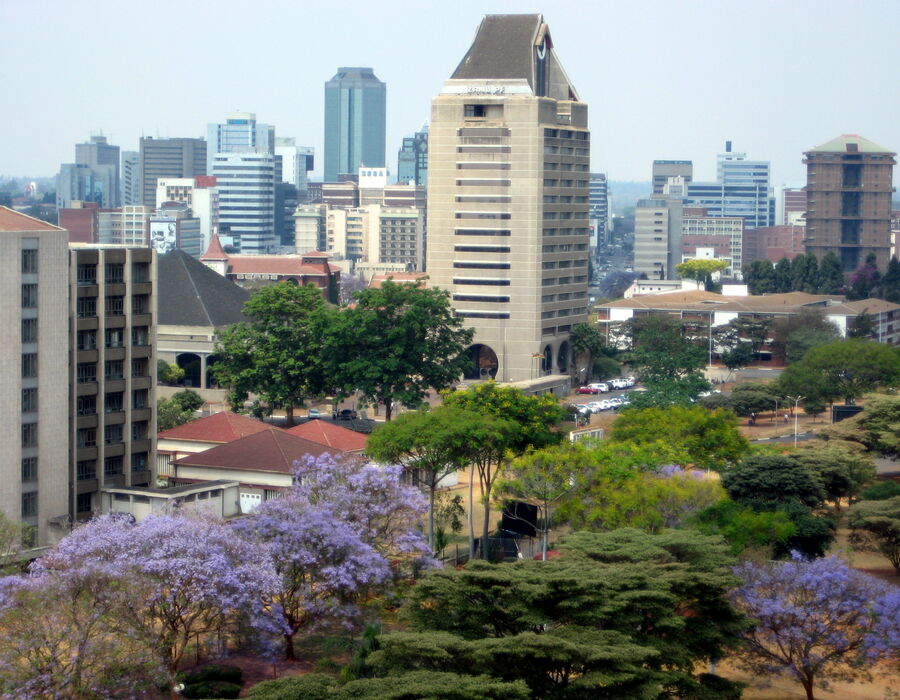 We call Harare the ‘Sunshine City’ because it is full of smiling and happy faces that are the heart of its vibrant atmosphere. It is Zimbabwe’s capital and the country’s major financial, commercial and communications centre.

There is a good range of restaurants and cafes offering a mixture of local and international cuisine and some great spots for listening to local music. There is plenty for a visitor to do in and around Harare, including a visit to the famous silversmith, Patrick Mavros. Doon Estate is filled with colourful galleries, cafes and souvenir shops that sell a variety of local arts and crafts.

At Chapungu Sculpture Park, you can work with internationally acclaimed sculpturers, while the views from the massive granite formations at Domboshawa Rocks make this an ideal spot for a picnic or sundowners. Wild Is Life is a wildlife sanctuary for injured, orphaned and traumatized wild animals; it is also home to the Zimbabwe Elephant Nursery (ZEN), which rescues, rehabilitates and re-wilds orphaned and injured elephants. The sanctuary operates as a non-profit organisation and is now funded, in part, by educational afternoon tours that allow a small group of guests to learn about and be inspired by Zimbabwe’s natural world.

The legendary, five-star Meikles Hotel is situated within the main city centre and is worth a visit, even if just to marvel at this century-old landmark of Harare. Meikles Hotel has a special place in our hearts, as this is where Emma and David started their careers in hospitality. There are other equally luxurious or more low-key hotels, lodges and guest houses that deliver a high standard of hospitality and service. Numerous suburbs surround the city, keeping the names colonial administrators gave them during the 19th century, such as Warren Park, Borrowdale and Mount Pleasant.

Two South American species of trees, the Jacaranda and the Flamboyant, which were introduced during the colonial era, contribute to the city's colour palette. In October and November, the streets are alternatively lined with either the lilac blossoms of the Jacaranda or the Flamboyant’s flame red blooms. Harare generally enjoys a pleasant subtropical highland climate.