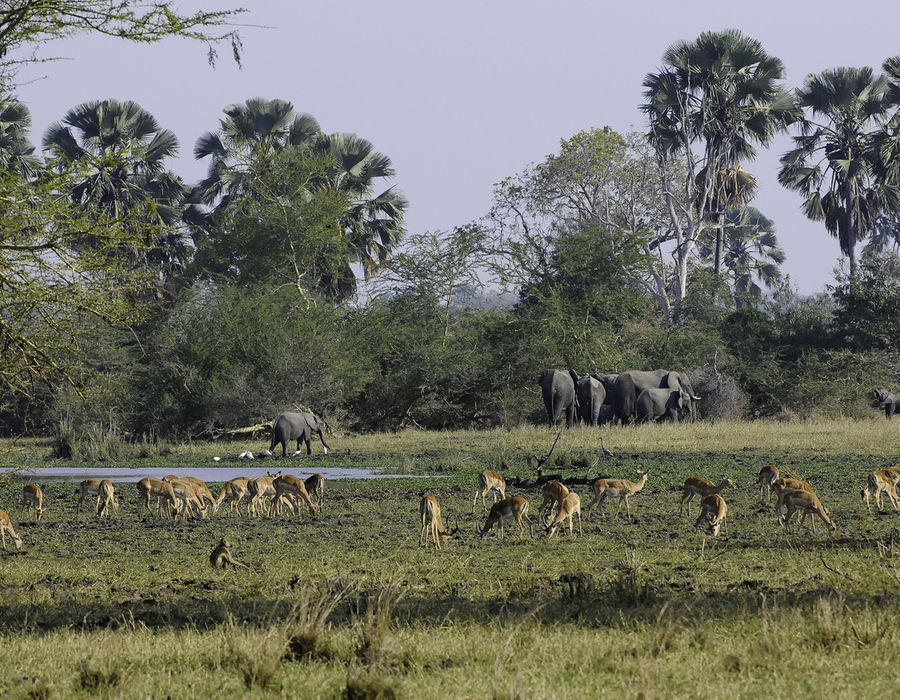 Despite its relatively small size of just 580km², Liwonde is one of Malawi’s most popular national parks, perhaps because of its exceptional bird and animal life that is sustained by the Shire River.

Like Majete Wildlife Reserve, Liwonde is found in Malawi’s southern region, near the Mozambique border. Thanks to African Parks, who have managed the park since 2015, Liwonde has become a site of incredible wildlife translocations and reintroductions that have transformed it into a sanctuary for some of Africa’s most vulnerable species. The park had previously been riddled with tens of thousands of wire snares and had some of the highest human-wildlife conflict levels in the region.

A special reintroduction to Liwonde was the cheetah, a species that had not been in the country for a century. A founder population of 10 lions was then brought over from South Africa and Majete Wildlife Reserve in Malawi. Liwonde was also the site of one of the largest elephant translocations in history, where 336 elephants were relocated to Nkhotakota Wildlife Reserve in Malawi. This move helped reduce pressure on Liwonde’s natural habitats and address the deadly human-wildlife conflict. Then, in one of the largest international rhino translocations to date, 17 endangered black rhinos made the historic journey from South Africa to Liwonde in 2019.

Liwonde holds an impressive bird count of over 400 species and it is the only site in Malawi for spur-winged lapwing, a species that had never been recorded in the country until a vagrant pair arrived in the late 1990s. Pel’s fishing owl, red-necked falcon, rufous-bellied heron and white-backed night heron can be spotted near the Shire River, while the bateleur eagle, martial eagle and southern ground hornbill are generally found away from the river. Boating along the river is a wonderful way to spot birds and game from a different angle, while walking safaris and game drives make for exciting adventures on land.

Found just 160km north of Blantyre and a little more than half that distance to Lake Malawi’s southern shoreline, Liwonde is easy to get to whether via scheduled flight from Lilongwe, private road transfer or self-drive. There are three camps that offer fully inclusive stays as well as a small self-catering camp managed by African Parks.