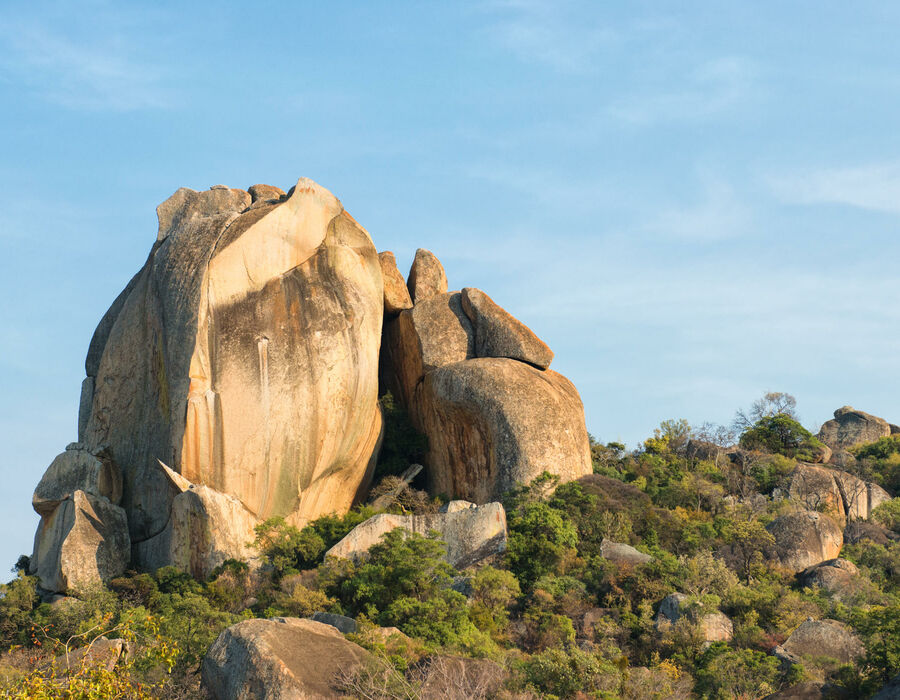 In the Ndebele language, Matopas means ‘bald heads’, which references the shape of the large balancing granite boulders that form the majestic Matobo Hills in south western Zimbabwe. It was the great King Mzilikazi who so aptly named the area and it is in these hills where he is buried.

The grave site of British imperialist, Cecil John Rhodes, is found nearby in the summit of Malindidzimu, which means ‘The Hill of Benevolent Spirits’. Just a short walk from the parking lot you will come to his grave, which is carved out of the solid granite hill and surrounded by a natural amphitheatre of massive boulders.

The range of domes, spires and balancing rock formations that characterise the Matobo Hills, of which Matopas National Park forms the core, have been carved from a solid granite plateau over millions of years of erosion and weathering. The area has great spiritual and cultural significance to local people and there are many places within the park where important ceremonies still take place.

The Matobo Hills have one of the highest concentrations of rock art in Southern Africa dating back at least 13 000 years. The walls of Nswatugi Cave, for instance, feature rock paintings dating back to the Stone Age and rich archaeological evidence confirm that the Matopas area has been occupied by human societies over a period of at least half a million years.

Matopas National Park was awarded UNESCO World Heritage Site status in 2003 and, having been established 50 years earlier, it is Zimbabwe’s oldest national park. The variety of vegetation supports a wide range of wildlife, with the most famous being the large concentration of black eagles that can be seen sitting atop the rock formations or flying along the cliffs in search of prey.

The 440km² incorporates an Intensive Protection Zone for black and white rhinos, which have been successfully breeding here for several years now. Along with these endangered mega-herbivores, you can look out for zebra, wildebeest, giraffe, leopard, cheetah, wildcat and a healthy variety of buck, including kudu, eland and sable. The black eagles are joined by, among other feathered species, the iconic African fish eagle, martial eagle, francolin and secretary bird.