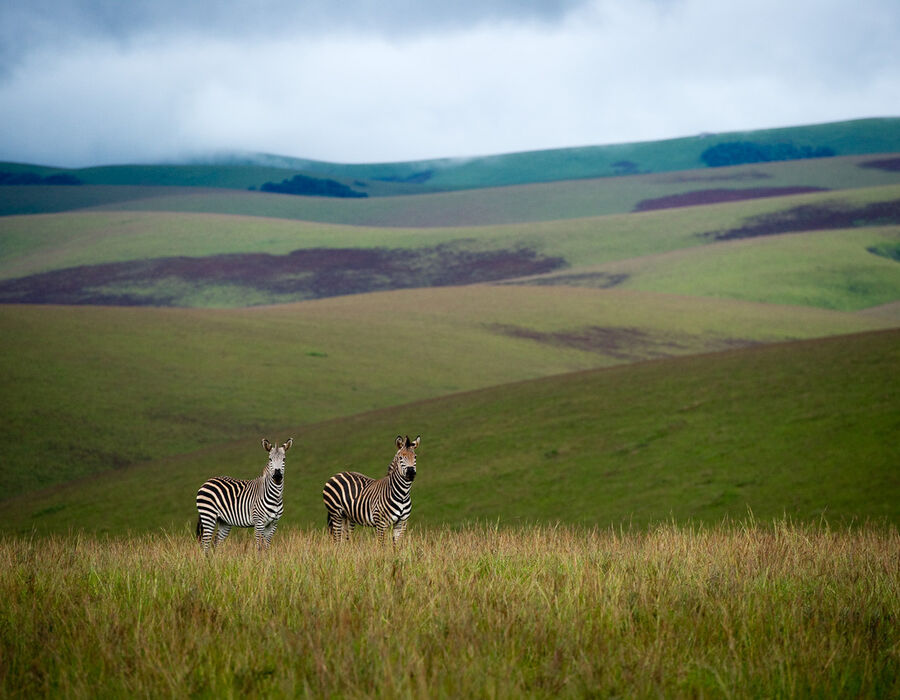 Nyika National Park is characterised by a vast plateau covered in montane grasslands and steep mountains that have risen from the floor of the Great Rift Valley where Lake Malawi sits. At 3200km², this is Malawi’s largest national park and boasts some of the most spectacular vistas in the country.

Nyika means "Where the Water Comes From", an apt name for one of Malawi’s most important catchment areas. The rainy season causes 200 types of orchids to flower – the richest concentration of orchids in south-central Africa – while the rest of the year sees the grasslands splashed in colourful wildflowers. The park has one of the highest densities of leopards in Central Africa along with a variety of other game such as roan antelope, Crawshay’s zebra, eland, common reedbuck, bushbuck and duiker.

Birders will fall in love with Nyika as there are over 400 species recorded in the park, including the endangered wattled crane, the rare Denham’s bustard and the red-winged francolin, which is endemic to Nyika. Of particular interest to the birding community are the four species of bird found here that are not found anywhere else in Malawi – mountain yellow warbler, chirping cisticola, wing-snapping cisticola and mountain marsh widowbird.

The mountainous terrain and beautiful scenery make Nyika a great place for hiking, mountain biking as well as 4x4 game drives. There is also horse-riding, which is a unique safari experience that will allow you to get a little closer to the some of the wildlife. Access to he park is either via charter flight or road transfer, however, the drive is very long and needs to be broken up with a night or two en-route.